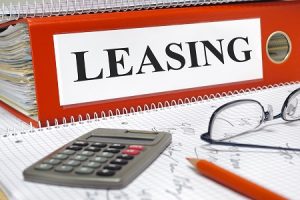 a binder with the word leasing on it.

In February, 2016, the FASB released its new lease accounting standard, ASU 2016-02.
This standard changes most elements of lease accounting for lessees and practically eliminates the use of those leases currently classified as operating leases as an off-balance-sheet financing vehicle, except for short-term leases (those with a term of one year or less).

Under the new standard, leases with a term of greater than 12 months will require the recognition of a right of use (ROU) asset and a lease liability. The asset and corresponding liability will be initially measured by the present value of the lease payments. The discount rate used in this calculation is the rate implicit in the lease or, in the absence of an implicit rate, the lessees incremental borrowing rate.
Leases will be classified as either a finance lease (similar to today’s capital lease) or an operating lease. For finance leases, the ROU asset will be amortized but interest expense on the lease liability must also be computed. This will result in the recognition of both interest expense and amortization expense. For operating leases, the ROU asset will be amortized on a straight line basis, resulting in only lease expense. In both cases, the corresponding lease liability will decrease as payments are made.
Implementation of this new standard for public companies will be those years after December 15, 2018. For non-public companies, the standard is effective for years after December 15, 2019.
The IASB also published new lease accounting standards in January, 2016. The IASB adopted an approach that requires lessees to account for all leases as finance leases, except short-term leases. Check out our new course by Steven Bragg – Accounting for Leases.